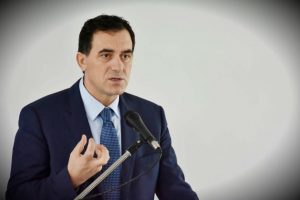 We started UBT as a dream, but not like all dreams. We dreamed too short and too little – and we started working. We worked for the realization of projects, which from the beginning we knew would be numerous, important and unstoppable. For the benefit of students, professors, experts. With a clear goal – from day one: Contribution to Kosovo! Therefore, one of the first projects and contributions of UBT were school curricula, the first after the war in Kosovo. For better and modern schools. Then, training for enterprise workers who had been left unscathed by the war. That the production in the new Kosovo starts with international standards, brought to Kosovo by UBT, through experts and international experience. In teaching, UBT brought new programs, a large part of them for the first time in Kosovo. It also brought in international professors from all over the globe. So, very easily and simply it became – the best institution that gathers the best!

Throughout these years, UBT, in addition to academic work, placed special emphasis on scientific research, projects in support of state institutions, professional projects for entrepreneurship, and ongoing activities for the community. One area where UBT has worked unstoppably is internationalization. We brought not only professors, academic programs, international diplomas, UBT also became a member of hundreds of international institutions. It opened its doors where politics could not – making Kosovo part of international mechanisms in the fields of education, science, technology and innovation. Being a worthy representative of the state. For this, UBT was awarded the highest prices, both international and domestic. There are dozens of projects implemented by UBT, which we can fully say are the first projects not only in Kosovo but also beyond. Others came after us, but after months and years.

In 2001 we started working in order to develop professional and academic competence, in accordance with European and international standards, in order to increase competitiveness. UBT is at the service of those who want through studies, research, training and consulting to benefit and increase their prestige in society, to be successful in their profession, as well as to create and experience a life of quality and values.  Our main task is to offer the latest achievements in management science, business excellence, modern technology, robotics, architecture, design, spatial planning, international relations, diplomacy, law, European integration, in media and communication, in health sciences, in food sciences and technology, but also in social competence.

UBT was established in order to be a leading and innovative institution in the country and today we can say that this goal has been successfully achieved. New, interdisciplinary and innovative studies, a carefully selected academic staff from around the world, modern laboratories and infrastructure, partnerships with universities and academic institutions, strong links with economics, scientific and research institutes, centers of excellence, success of our students in employment, in representing Kosovo in European championships, in competition with their innovative plans and ideas in business and technology, active participation in international forums and conferences, are the best examples and evidence of this.

– It is the first and only institution so far that is internationally certified with the international quality standard ISO 9001 from 2007;

– It is the first and only institution in the Republic of Kosovo honored with the Award of Excellence, since 2014;

– Has represented Kosovo and won first place in robotics competitions in Europe;

– Has joined and represented Kosovo in the World Project Management Organization;

– Has joined and represented Kosovo in the European Organization for Quality;

– Has joined Kosovo and represents it in the World Organization for Engineering;

– Has cooperation agreements with over 240 institutions in the world and a direct connection with the economy;

– Training and certification of persons according to international standards;

– Has developed strategies, projects and research for institutions and various sectors of society;

Among these achievements is the ranking in “World’s Universities with Real Impact (WURI)”, where UBT is highly rated alongside prestigious universities such as Stanford and Harvard. By Wuri UBT is ranked among the top 100 best universities in the world for Real Impact. UBT is also a member of the “European University Association”. It is also ranked among the top institutions in the world for its impact on sustainable development according to Times Higher Education. It has also reached the highest level in the Positive Impact Rating Edition. These prestigious rankings are not based on the tradition, reputation or popularity of a university, but focus on new concepts such as innovation, entrepreneurship, responsibility and crisis management, areas in which UBT has excelled and achieved results.

In light of the latest developments related to virtual reality, with what we are calling “metavers”, UBT as the first institution in the region together with the virtual technology giant – EON Reality, have inaugurated the Center for Virtual and Augmented Reality EON Reality, Augmented and Virtual Center. UBT is also the first higher education institution in the Adriatic coast to introduce the latest 5G technology. In 2001 when we started working as IEME-UBT, our workspaces were small but our expectations, ambitions and goals were large. The war had just ended, the university infrastructure and higher education had taken a heavy toll on all aspects. The situation seemed bleak and at first sight not very promising. But here, as rarely in any other country, stronger than disappointment, pain and sorrow, was hope. People believed in their future and knew that it could only be successfully built through one path: a quality education. I saw an iron will in the young people to advance and to move forward side by side with their western peers, to be equal and challenge to them.

A nation with such a will after all they had experienced was undoubtedly the best evidence for anyone to invest in higher education, creating the most modern work standards, the most innovative centers and the best campuses with all the elements of life within them. Today we have fulfilled our promise we gave to the students at the beginning: that studies in Kosovo will have just as great and often even greater value than in many western universities. We have come to understand in time the transformative role that universities play in each state. And this was our main motive to transform Kosovo into a knowledge society capable and ready to face the challenges of the time. Moving forward, we will continue to focus only on the positive side. Together with the large UBT community, over 1 thousand employees, and about 15 thousand active students, we always discuss, converse and exchange views on the future of UBT. Our goal is definitely that now after the completion of the modern infrastructure in all the centers of UBT, to fully focus on achieving our new objectives to make UBT the largest research institution with the greatest influence in the country and the region. UBT’s commitment to creating a knowledge society through research, development and innovation is unstoppable and this is the main motive of the precious work of our large community within UBT which works every day with dedication to new achievements in education., science, innovation and technology. UBT today is an ecosystem that connects knowledge with innovation, industry with Kosovo technology with the future.

All the work that has been done has ranked UBT very high in the official rankings of the best universities in the world. UBT proved this position in dozens of cases, being the leader. As always! And the leaders are distinguished in special cases. As was the period of the pandemic, when UBT once again made a name for the rapid and voluminous organization, the perfect organization of adaptation to the new circumstances of distance learning and study.  This was talked about at very high academic and scientific levels!

All this work, since the beginning, could not be done without the continuous commitment of all academic staff, administrative staff, students, partner institutions from around the world, all those who in any form have cooperated with UBT, throughout these years! It could not have been done, if the initiative had not been intended to continue the tradition of benevolence towards the teaching and education of my parents! It could not have been done without the great sacrifice of my family!

A big thank you to everyone!

Founder and Rector of UBT