On behalf of the 12th anniversary of the establishment of the Constitution of the Republic of Kosovo, the ratification of which took place on April 9, 2008, and the approval on June 15, UBT held a video conference dedicated to this state day on the topic: “Constitutional Justice in Kosovo – development and expectations “.

In this regard, experts and professors from the field of law availed from opportunity to talk about this issue in this online conference.  Meanwhile it was commonly agreed that the constitution is the highest legal act, which guarantees the fundamental rights and freedoms of the citizens of Kosovo.

While emphasizing that this date marks the most historic day of the democratic state of Kosovo, the Rector of UBT, Prof. Dr. Edmond Hajrizi added that the institution he leads will do its utmost to shape professional staff who will be committed to contribute to the rule of law.

“The Constitution defines Kosovo as a democratic state, so our mission as an institution is clear, because we will work with the younger generations to continue the sacrifice of this sublime act, to shape professionals who follow the tradition for the rule of law”, noted Hajrizi.

In addition, the Dean of the Faculty of Law at UBT, Jorida Xhafaj, pointed out that she is proud of what has been achieved so far in legal terms, as she expressed gratitude to all those who contributed to the establishment of constitutional order in Kosovo.

“The concept of the so-called constitutional framework not only has a legal character as treated in the science of constitutional law, but has a strong emotional and national character, which aims to protect the identity and presence of the state in any of its structures,” underlined Xhafaj.

Despite that, the former Deputy Prime Minister of Kosovo, Enver Hoxhaj, spoke extensively about the process of preparing the draft constitution, specifically its approval and amendment, with particular emphasis on the plan of President Martti Ahtisari.

“The president at that time had a political mandate, for which I have the highest considerations of the people of Kosovo for their contribution to the country. We live in a time when political systems can be foreseen, especially through such institutional frameworks as the constitution of Kosovo, but at the time when we are really entering the forecast, it seems that it will be limited by weekly or monthly events “, claimed Hoxhaj.

“It is a historic date and marks a progress in the political and legal aspect of democracy in our country, but the biggest achievement in this segment is the inclusion of international instruments for the protection of human rights and live, respectively the country’s constitution contains a list of international conventions that are directly applicable in our legal system, so there are 8 most important conventions “, underscored Jashari.

Furthermore, the professor of constitutional law, Xhavit Shala, spoke about the challenges of building and functioning of institutions, saying that the parliament of Kosovo is formed and comes to life from the elections.

“The spirit of the Ahtisaari package has been the building of democratic institutions and the constitution has its consensual essence, which means all its actions and functioning are constructed in a consensual way. Our society has diversity, but the diversity of this society, whether ethnic or political, but is represented in the parliament and the parliament is the picture of Kosovo “, stressed Shala.

The councilor in the cabinet of the Speaker of the Assembly of the Republic of Kosovo, at the same time a professor at UBT, Artan Murati, tackled the country’s constitution. Among others, he emphasized that the constitutional models and the experience have been already established in our country.

“We are in a political and legal situation in which it is almost impossible to discuss constitutional reform at the moment, due to the fact that the country’s constitution is one of the most solid constitutions, in terms of the process or the way it is amended owing to the fact, that it requires double number of the majority which is impossible to have. Therefore, it is important to raise the political culture and the attempt to create a general consensus that positively affects the institutional life “, put it Murati. 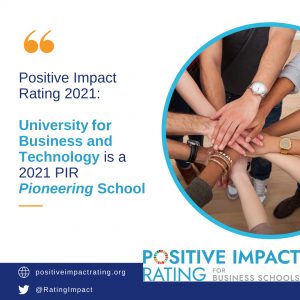 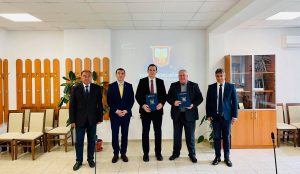 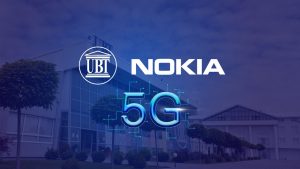